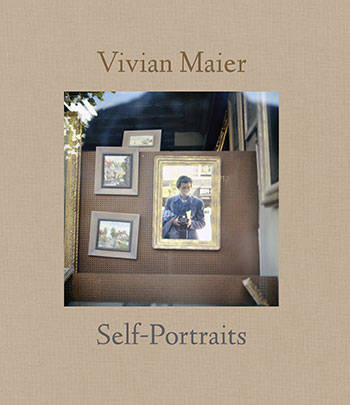 Now, for the first time, Vivian Maier: Self-Portraits reveals the fullest and most intimate portrait of the artist to date with approximately 60 never-before-seen black-and-white and four-color self-portraits culled from the extensive Maloof archive, the preeminent collector of the work of Vivian Maier and editor of the highly acclaimed Vivian Maier: Street Photographer (powerHouse Books, 2011)—bringing us closer to the reclusive artist than ever before.

There is still very little known about the life of Vivian Maier. What is known is that she was born in New York in 1926 and worked as a nanny for a family on Chicago’s North Shore during the 50s and 60s. Seemingly without a family of her own, the children she cared for eventually acted as caregivers for Maier herself in the autumn of her life. She took hundreds of thousands of photographs in her lifetime, but never shared them with anyone. Maier lost possession of her art when her storage locker was sold off for non-payment. She passed away in 2009 at the age of 83.
S'identifier pour envoyer des commentaires.